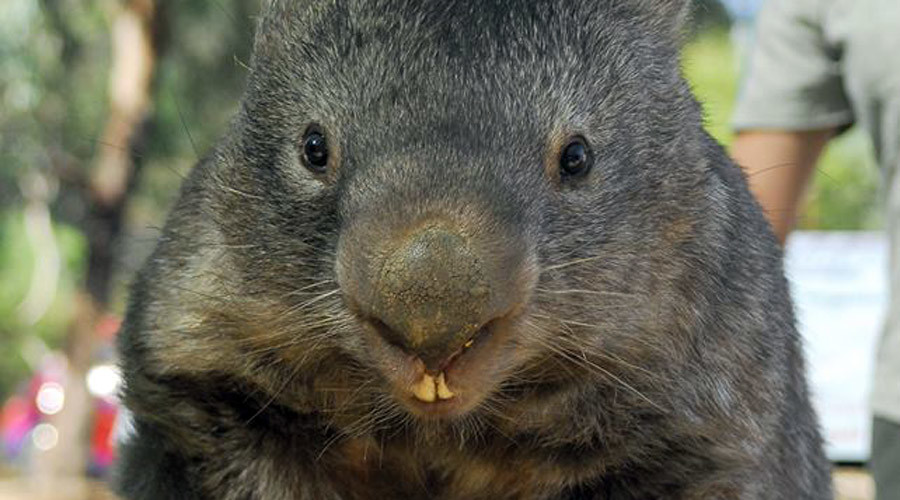 Being single can be a drag, especially when you’re staring 30 in the face. No one knows that better than Patrick, the world’s oldest captive wombat, who’s perpetually single because he’s just too nice. The bucktoothed cutie is now seeking love on Tinder.

For Patrick, it seems the old saying “nice guys finish last” extends to the animal kingdom. The wombat’s sensitive side has left him without a cuddly companion.

“The male wombat has to be very aggressive towards the female, and Patrick just isn’t a very aggressive wombat…so he chooses to be single,” Julia Leonard, Ballarat Wildlife Park owner, told the Australian Broadcasting Corporation. 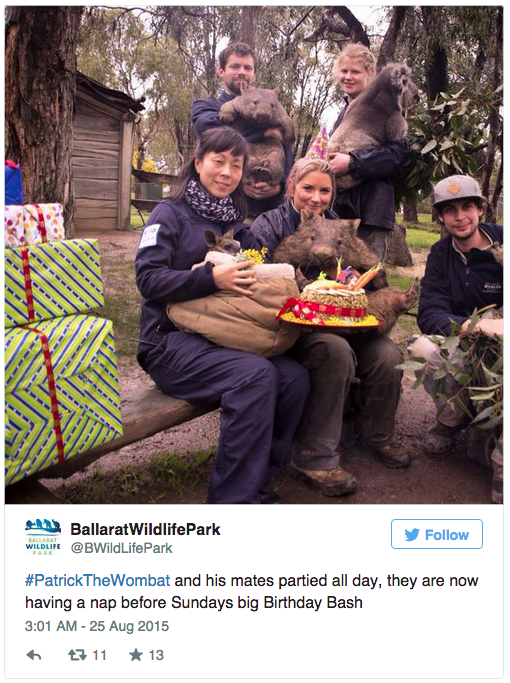 But things could start looking up for Patrick, because his handlers at Ballarat Wildlife Park in Ballarat, northwest of Melbourne, have acted as his wingmen, creating a profile for the cutie on the popular dating app Tinder.

And who could resist his charm? From his bucktoothed grin to his soft fur and kind personality, any female wombat would be lucky to claim him.

Patrick’s many adoring fans are keeping their fingers crossed for the wombat, who was named by CNN as the world’s third-greatest city mascot last year. His Facebook page has an impressive 33,000 ‘likes’ and counting.

But even if romance isn’t around the corner, it’s comforting to know that Patrick is surrounded by the love of great friends. The wombat has already had an early birthday celebration, and was even given a new wheelbarrow. 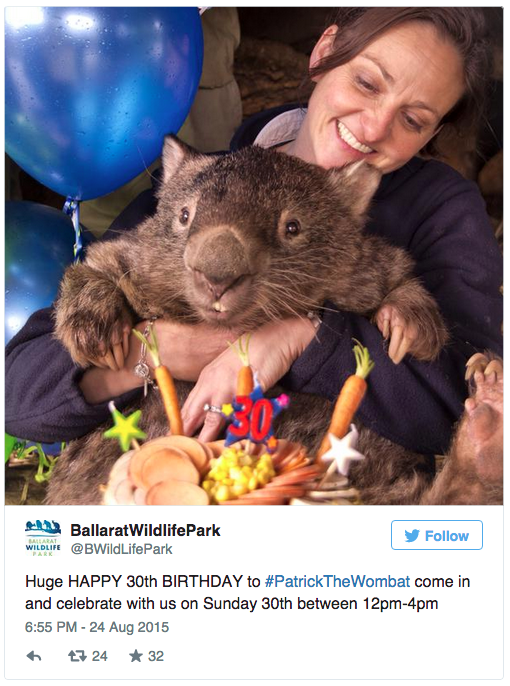 He’ll have yet another birthday bash next week – and it sounds like it’s going to be amazing.

“Please come and party with me and the wildlife gang at the park on Sunday 30th. Catch me in my new wheels, have some photos with me and the Wombies, jump on a jumping castle, drink my own label of wine and have a bit of cheese, read my new book and buy some of my personal merchandise,” Patrick said on his Facebook page.

It’s not a bad life for the furry friend, who was rescued from the side of the road in 1986 and has surpassed the average wombat lifespan by over a decade.

So, Patrick, we wish you many more years of health and happiness – and we hope that by this time next year, you’ll be sharing your cake with a bucktoothed beauty.