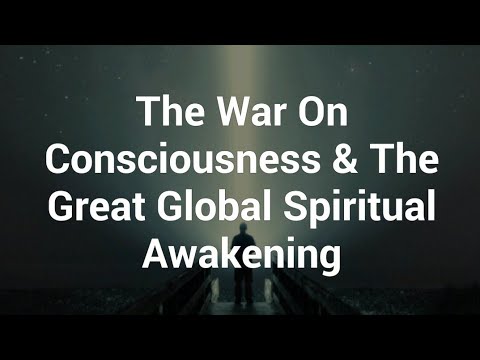 What else can be said about the unparalleled war raging across planet Earth in 2020.

However, the forces of darkness are experiencing an incessant barrage of assaults by means of the most powerful weapon in the universe—T R U T H !

The true depth and breadth of this biblical war are far too great to explain in this short post. Suffice it to say that every human being is now situated on the battlefield of their own making. That’s also called destiny which is determined by each person’s own unique karmic blueprint.

Really, is there any place on planet Earth that is not a
perilous battleground today?

Clearly, this “Final Battle” of the Third Millennium between the forces of light and forces of darkness has been pre-planned with extraordinary intentional design.

However, that “extraordinary intentional design” is not exactly what the vast majority of conspiracy realists think.

They are also aware that the directors and producers, screenwriters and cinematographers, reality stars and crisis actors of this global melodrama come from the ranks of the forces of darkness. On a certain level, they’re absolutely right.

After all, who else could have funded and financed such a complex and massive theatrical undertaking as OPERATION COVID-19 except the International Banking Cartel & Crime Syndicate?

Nevertheless, whenever such a series of monumental life-altering events take place that profoundly affects all of humanity, there lies a hidden hand which set it all in motion.

Therefore, wherever OPERATION COVID-19 has been carried out on Earth, it’s always the same prime mover.

While the dark side has done all the dirty work, this orchestrated global pandemic and choreographed psyop was quite obviously preordained by a much higher power … … … as in the Highest Power.

What very few folks understand is that nothing can ever occur, anywhere or at anytime,  unless it is has been foreordained according to the will of God!

Were more people to apprehend this spiritual and mundane fact of life, there would be a lot less anxiety about the future, fewer regrets concerning the past, and minimal discontent in the present.

Hence, the more each individual embraces the reality that every moment, every event, every experience, every place, every time and every person is pervaded by Divinity, the more the whole human race will flow with this divinely ordained challenge.

The Final Battle of the War on Consciousness

Now, that doesn’t mean the entire human race is not currently engaged in a full-scale war on Consciousness.

After all, it takes two to tango in this worldwide reality show, yes?

Perhaps the easiest way to understand this cosmic drama is the quote by Victor Laszlo in the Hollywood classic CASABLANCA.  As follows:

“Each of us has a destiny–
for good or for evil.”

Just because the forces of darkness have never been so outwardly malevolent and arrogant, brash and reckless does not mean they are anything less than agents carrying out the Divine will.

Similarly, the forces of light are being compelled to respond appropriately to each and every attack on their sovereignty both personal and national.

This correct understanding implies that every soul is responsible for how they manage their little (or big) battlefields vis-à-vis these unrelenting attacks by the forces of darkness.

No matter how the dark side manifests going forward, each of us will be challenged in those ways that will benefit him/her the most. The forces of darkness are merely tools of the Highest Power in the very same way that Satan was used by God to test Job.  Well, today, each and every one of us is a “Job” being tried and tested by Supreme Being via the coronavirus pandemic.

Truly, this is the most spiritually mature way to view this manufactured pandemic, staged panic and ensuing planetary lockdown. Whereas everyone is now living on the same prison planet, how we actually do our time in this penitentiary lockdown is entirely up to each one of us.

For the very purposes of this “war on Consciousness” are to strengthen us … to edify us … and to enlighten us. Then, many will become empowered with the sword of truth and emboldened by the shield of courage.

On one level, it all comes down to increasing our strength of character in certain ways which can only take place in the context of the current worldwide crucible known as OPERATION COVID-19.

The particular virtues being strengthened by the OPERATION COVID-19, as well as opportunities for other soul enhancements, are necessary during this particular period of human evolution, especially for spiritual aspirants determined to make their way back to the Godhead.

This final battle of this last war on Consciousness will be fought not only on every continent, in every nation, and throughout every city on Earth, it will also be fought in the hearts and minds of every human being.

Therefore, each of us is compelled to put up the good fight to first defend ourselves so that we can then assist others to safeguard themselves.  This vital step is absolutely necessary if each individual is to reclaim their personal sovereignty which has been under unrelenting assault for well over 100 years.  Only then can a critical mass of courageous citizens come together necessary to protect national sovereignty.

In this way, families will serve to safeguard their communities while they rebuild their societies around truth and justice.  By taking back their power and standing in their own truth, people everywhere will speak the truth like never before.  Eventually, citizenries around the world will bravely speak truth to power in order to reclaim their national sovereignty.

This is the real battlefield in 2020 and beyond where the forces of light are heroically clashing with the forces of darkness—24/7.  Truly, this epoch-ending conflict will be the last opportunity in this lifetime for many folks to grow some wings; wings that will take some spiritual aspirants to their heavenly destination.

The real good news is that the: