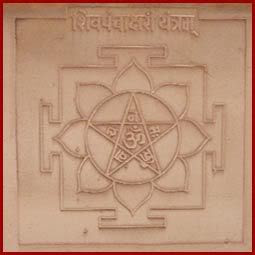 (Actually Panch-akshari Mantra is only “Na-mah Shi-va-ya” ,Om is added for special purpose, which is dealt in later half of this writing)

Purpose of this Mantra:

If you take him as a master, then he is the Master of the Masters, and you accost him with an intention to receive knowledge and wisdom, and the receiver always has to be in an attitude of gratitude right.

If you take him as god, then he is the God of the Gods, you accost him with an intention to fulfill some wish.

The one worshiped by masters and gods of this world and the others in 14 universes, hence even greatest of words said to describe his greatness, actually fall short by far and almost sound like an insult to him. So obviously we hail to such supreme stature who grants us material (wishes) as well as spiritual boons (higher consciousness, knowledge and peace).

Origin of this Mantra:

If one tries to track the Origin, then there are various divided beliefs and opinions regarding the Origin on this Great Mantra..

The Vedanta’s Believe Words by Brahma as in Vedas, are first Origin of everything,

The firs epigraphical writing as evidence is said to be found in “Rudra Adhyaya” of “Yajur-veda” where a Anuvaak (sanhita ke adhyay ka up vibhag = first part of paragraph) starts with “Namah shivaya”.

If you read Viniyog (Mantra Declaration) as in Mantra Shastra, then Vamdeva himself is the Rishi (Seer) of this mantra.

Some say, Lord Siva Himself was the guru of the Saivite saint Manickavachagar. He taught Manickavachagar the ‘Na-mah Shi-va-ya’ mantra, and he forwarded this to rest of mankind.

While A principle of Tantra studies indicates, that when Shiva wanted to create universe, then he took his Damru in his hand and started playing it, from the sound of that instrument all the vibration and strings were born, shakti (energy) was produced, which later took various forms of subtle and solid in nature. (This is the theory which I work on, that’s why Mantra science says universe is actually “Mantra-may” = made of mantra, because everything is nothing but Vibrations, energy)

Mantra Shastra is in itself a complete science of sounds, that’s why one needs to chant “Om Namah Shivaya” instead of “I bow to Shiva”, because its not just meaning, but the specific sound pattern created by combining specific syllables that matters, hence by repeated chanting it produces a distinct effect. Knowing exactly why only these syllables make the right combination would require in depth understanding, actually mastery of each and every syllable and sound, the 36 Tatva Table can help, so for the enthusiasts, that’s the way to go, but this work of developing Mantras, is better left to Rishis (Seers) and Gods.

Deeper of Meanings of this Mantra:

The literal meaning of this Mantra is actually only a superficial meaning, and meant to be used for setting up a preliminary base for understanding its deeper meaning, hence different ways of contemplating and meditating on sound of this mantra.

Shiva is said to have many forms, but his ultimate from (that’s after he gets a form from his formless self), is first that of Ardhanarishwara (Half Male Female God), then masculine part separates as that of Adi-Deva (Primordial God) Sada-Shiva who is Panch-vaktra Shiva (5 Faced Shiva)

Every letter in the Panchakshara mantra has significance and a deeper spiritual inference, these can be categorized on various basis as :

5 Forms of Shiva: These five faces are:-

5 Duties of Shiva: The Lord is said to have five duties :-

Va = bringing on the deluge (Tat-purusha)

Ya = showering us with mercy (Ishaan)

** Om Activates Agya (Third Eye Chakra) and Shastrar (Crown), as these two chakras dont belong to Tatvas, rather, they are cause of Tatvas (all elements).

When Om.. is Added to these 5 Syllables, it actually becomes a 6 Syllable Mantra. This Om Makes this Divine mantra supremely sublime and further more apt for meditation with breath.