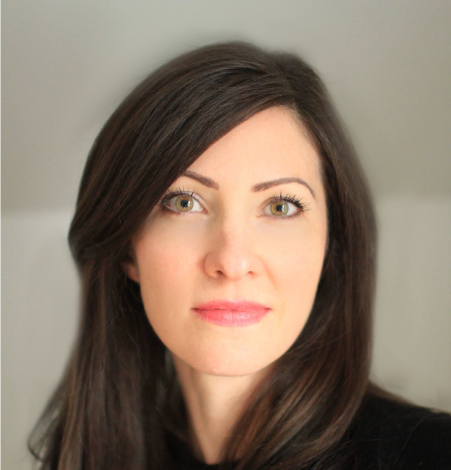 One of the most important books in the history of psychiatry and natural medicine has been published by HarperCollins, who unique among their mainstream publishing competitors, had the guts to release it completely uncensored.

Dr. Kelly Brogan, a holistic psychiatrist specialized in women’s health and  practicing in Manhattan, reveals in A Mind of Your Own: The Truth about Depression and How Women Can Heal Their Bodies to Reclaim Their Lives, that a silent tragedy afflicting millions of Americans is occurring right under the nose of the public, without even a whisper from the medical establishment, regulatory industry, and mainstream media.

Dr. Brogan’s straightforward message is that depression, which according to the WHO is the #1 global cause of disability, and which feeds into a 80+ billion dollar a year psychiatric medication industry, is completely treatable and even reversible with a nutrition-based approach that does not require psychiatric medications. The book not only reveals the unscientific nature of  psychiatric definitions of mental illness (which are arrived at by the psychiatry guild’s process of consensus and not any form of empirical or scientific validation), as well as the conspicuous lack of scientific justification for treating mental illness with pharmaceuticals, but gives the readers access to exactly those protocols, nutritional recommendations, and mind-body practices, she discovered could successfully treat and yes, sometimes cure, her patients.

Could her drug free, evidence-based approach, and use of the “C” word have gotten her blacklisted? Dr. Brogan’s mentor, the late Dr. Nicholas Gonzalez, himself a practicing MD in Manhattan, used the “C” word and for an equally controversial condition, cancer, and is known and loved the world over for his humble success in putting terminal cancers into remission. Throughout his career, his work was maligned, manipulated, and suppressed.

The pattern is obvious.

And so, despite Dr. Brogan’s entirely evidence-based and extremely empowering message,  the book has been unilaterally silenced by the mainstream media after every major news outlet requested and reviewed a copy of the book. This is all the more conspicuous, considering its grassroots validation by becoming a #1 best-seller in both Depression and Holistic Medicinecategories before it even was released to the public. 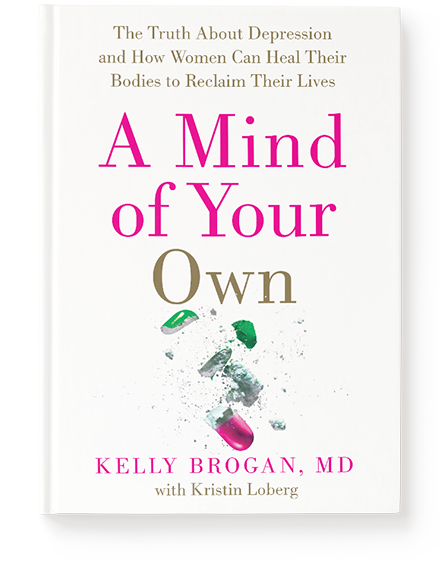 Get complimentary access to the 1st chapter, “Decoding Depression” here.

What’s really going on? Why will Dr. Oz, for instance, feature anti-GMO activists, and not a book about our ability to heal without pharmaceuticals? Could the rumors be true, and since the primary advertising revenue for mainstream programming is the pharmaceutical industry, that there is an irresistible incentive to  silence against anything or anyone which would threaten their cash cow, even among the most “progressive” of channels and shows?

Read Dr. Kelly Brogan’s message about the media blackout and action steps; we need your help!

The Cause for Truth in Women’s Health

And what if the truth was told that women are disproportionately targeted with depression medication with 1 in 4 women of reproductive age treated with an antidepressant?

Is the silencing of a female psychiatrist’s voice, who is only trying to give voice to millions of women who have been forcibly silenced by placing them in a chemical straightjacket/muzzle, just more proof that there really is an orchestrated attempt to silence, and control, the experience, voice, and truth of these women?

Take a quick look at why Dr. Kelly Brogan’s work is so threatening to the establishment:

– In six decades, not a single study has proven that depression is caused by a chemical imbalance in the brain.

– The serotonin theory of depression is a myth that has been supported by the manipulation of data and an echo chamber of industry and media rhetoric.

– Depression is not a genetic disease. It is an epigenetic syndrome. In 2003, a study published in Science suggested that those with genetic variation in their serotonin transporter were three times more likely to be depressed. But six years later this idea was wiped out by a meta-analysis of 14,000 patients published in the Journal of the American Medical Association that denied such an association.

– Depression is often an inflammatory condition, a manifestation of irregularities in the body that can start far away from the brain and are not associated with the simplistic model of so-called ‘chemical imbalances’.

– Depression is an opportunity. It is a sign for us to stop and figure out what’s causing our imbalance.

Could the power and “danger” of Kelly’s message be in its simplicity? That all true, lasting healing starts within, and that we can unlock its power ourselves?

Here is Dr. Brogan’s simple philosophy, which we at GreenMedInfo share:

“The body interacts in its environment with deep intelligence. Your body creates symptoms for a reason. We usually suppress these symptoms with medication, but that is like turning off the smoke alarm when you have a fire going on.

I get the allure of the quick fix cure via a drug. I used to believe in the magic pill. Then, after my residency and fellowship training, I took a sharp turn.

I have spent years voraciously researching to find better health solutions for women, hungry for the truth about what works and what doesn’t. In my research and work with patients—people just like you—I’ve been analyzing data and connecting the dots.

First we have to ask why you are feeling the way you are feeling, and the sources of your symptoms may surprise you. It may be your food, your gut, your thyroid, or even your go-to pain reliever. I continue to be amazed at the power of the body to heal, after decades of abuse by our lifestyles, within time frames as short as thirty days.

My goal is to:

– Help you change the beliefs we’ve all been fed by a system that is not really focused on wellness, but on symptom suppression—and profit.

– Help you discover your body’s innate ability to recalibrate, reset, and recharge so you can heal.

– Give you simple, highly practical steps in a comprehensive plan that activates your own healing power so you can start feel freer and healthier in thirty days or less.

Because you deserve to experience a mind of your own.

Not coincidentally, suppression/oppression and depression share common word origins. Often, we become depressed when we feel our truth, our voice, and even the emotional and spiritual symptoms of healing are pressed down (depressed) by our circumstances, even loved ones, or at least our perception of them doing so. Sometimes this results in angry upsurges of symptoms, which because they are often received badly, eventually end up causing relationship strains, breakups, and even bodily symptoms of exhaustion. When we can’t get our truth out, we can become depressed.

It is poetic, then, that the mainstream is pressing down against the truth and the voice of this psychiatrist, who represents the voices of millions of other women who have unknowingly have become victim to a pharmaceutical/psychiatric agenda that pours billions of dollars of funding into the media to keep the truth buried.

But in this epic struggle between “David” and “Goliath,” and the grassroots activation it has stimulated, we are reminded that she who stays on the side of truth always picks the winning side.  As Buddha once said: Three things cannot be long hidden, the sun, the moon, and the truth. “ Will you join us in accelerating the cause of compassion and truth and insight by helping get Dr. Brogan’s message out far and wide?

A Call For Your Grassroots Support

We are asking you to join our grassroots campaign to get this book into the hands of as many women and men who need it, organically.   Here’s where we need your help.

In honor of our David vs Goliath fight, I am asking you to:

1. Call your local bookstore – the one you haven’t been to in a while – and ask if they are stocking the book (if not they will order it). Go grab a copy for yourself and every person you love.
2. Take a selfie with the book at your local bookstore.
3. Post this pic on Facebook, Twitter, or Instagram with the hashtag #amindofyourown and tag your location!