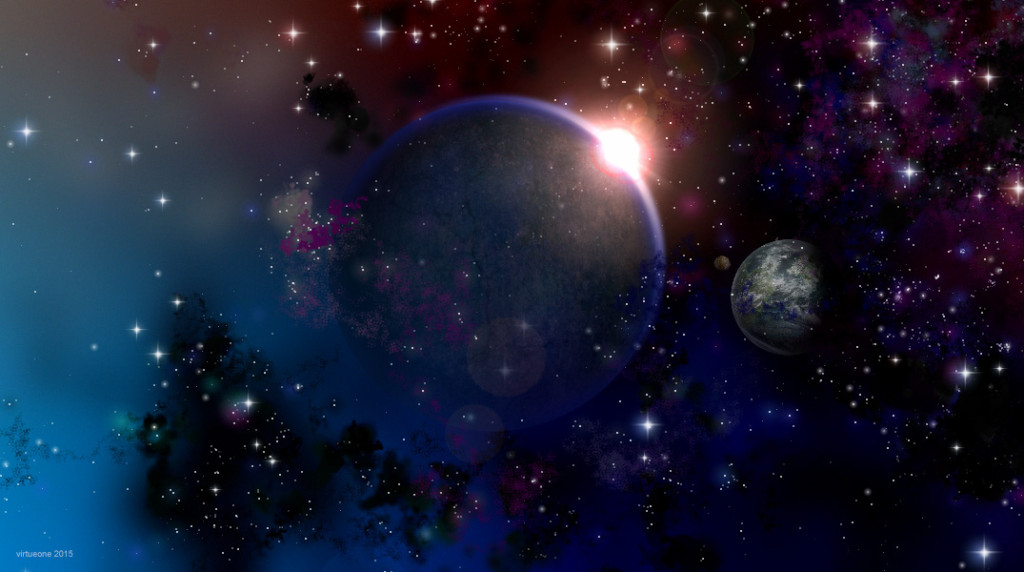 The universe is permanently being bathed in positive and negative energy. You can learn to capture positive energy, and the Great Creative Force of the Universe, and transform your existence.

The Universe was created by positive energy. Some people call it God, others have another name for this original creative force. For scientists it’s called the Big Bang, the original explosion. Ever since this primordial conflagration, the Universe has been expanding, the result of the great beginning’s formidable blast.

It doesn’t matter what you believe in or choose to call it, this Great Initial Positive Energy does exist.

Original energy is all around you, and is completely at your disposal. When good things happen to you in life, you are, often involuntarily, connected to the Great Positive Force. But it can happen that you sometimes lose your contact with it.

You carry on with your ordinary life, because you have no idea how to keep the positive energy burning inside you. You say to yourself: “That’s life. It’s just the way things are, there’s nothing I can do about it!”

You think you have no control over events. Well, that’s not true! You can have an influence on the course of your life, and you can capture Positive Universal Vibrations.

If you find you can’t connect to them, it’s simply because you haven’t found the right switch, and don’t know how to keep that switch “turned on.”

How to find the switch

Imagine the Great Creative Universal Force as a supreme power watching over you.

To connect to the Great Positive Force of the Great Beginning, read the Ceremony described below. Master the process, then try to practice it at least once a day for a week.

You can then start putting more time between sessions. Practice every two days, then every three days… and so on, until you reach a maximum of six days between two sessions. Eventually you should be practicing the ceremony of connecting to the Original Creative Force at least once a week.

Some things to know to practice effectively

First, imagine the Great Creative Universal Force in any form you want, depending on your belief.

This first step is crucial, so before the Ceremony, choose how you want to visualize the Great Creative Universal Force.

To facilitate learning the Ceremony, I suggest evoking the Great Original Force in the form of a star emitting powerful rays of bright silver light above you, which gradually surround you from head to toe .

That way, if you don’t know what form to give the Great Creative Universal Force when you start your practice, you can use the image of a star emitting powerful silver light which gradually encircles you.

The Ceremony will trigger the awakening of your hidden abilities, and the discovery of your true potential. It’s even helped many people discover their extra-sensorial faculties: the power of divination, telepathy, communicating with the dead, clairvoyance, telekinesis, and so on.

If practiced with conviction, this Magic Ritual will fill your daily life with positive vibrations.

Conditions for practicing the Ceremony

All you need to perform the Ceremony is some incense and four candles .

Do it in the brightest room of your home. Start by lighting some incense. Then place the four candles at the four cardinal points: first North, then West, then South, and finally East to seal your energy circle, and light them.

Set aside ten minutes every day for practice.

–    Sit down in the middle of your sacred space bordered by your four candles, and close your eyes.

–    Imagine the Universal Creative Force as a bright white light hovering above your head (or you can use any form you choose).

–    Visualize the light descending slowly and gradually enveloping you with each breath you take. You become more and more relaxed.

–    Imagine the light encircling your head at the same time as you inhale and relax your head completely.

–    Do the same thing for your chest, your back, your hips, your legs and feet.

–    Once your entire body is totally relaxed and enveloped in this brilliant white light, remain in this state of well-being for five minutes.

–    Then, for the next five minutes, think about a wish that’s particularly close to your heart.

–    After about ten minutes, gradually and gently resume your normal activities.

How to keep your switch in the “On” position

With this Ceremony you place your switch in the “on” position.

To prevent the switch from going to an “off” position, all you have to do is visualize the Great Creative Universal Force between each ceremony, as often as possible.

You also need to do whatever you can to make your heartfelt wishes come true.