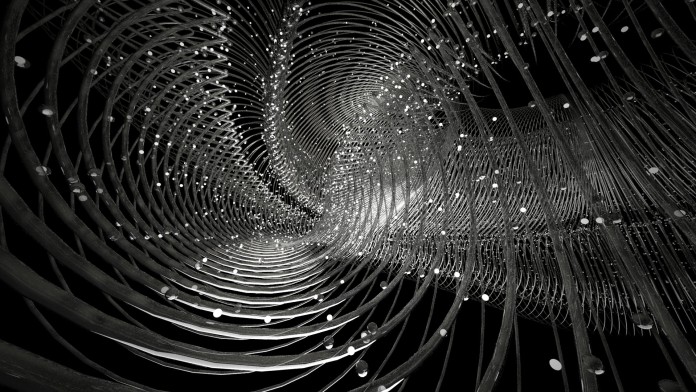 GENEVA—Physicists affiliated with the European Organization for Nuclear Research (CERN) released a report Wednesday revealing that classical music exists in a field of reality entirely removed from the four-dimensional spacetime inhabited by human beings.

Scientists were performing a routine search for fifth-dimensional activity using the Large Hadron Collider, the immense particle accelerator famous for proving the existence of the Higgs Boson, when they came across the entire corpus of Western classical music from 9th-century plainchant to Nico Muhly.

According to the report, the innumerable works making up this body of repertoire exist in a continuum that resides just beyond the limits of human perception.

“Classical music transcends both the linear, forward flow of time and the Euclidean space we are used to,” said Rolf-Dieter Heuer, the director general of CERN. “A musical work is a mysterious entity whose essence totally eludes our senses.”

Physicists claim that any given performance or recording of a classical music piece is a kind of audible hologram projected into our everyday reality by the true musical work, which vibrates eternally in an ethereal medium floating in and around us at all times.

“Think about Beethoven’s Fifth Symphony. Sure, maybe you’ve looked at the score, and maybe you’ve heard this or that orchestra play it. But have you ever encountered it in its pure form?” Heuer asked. “When you leave a museum, you know the paintings are still there. But where does Beethoven’s Fifth go when you’re not around? Now we know.”

While scientists have measured classical music’s density and charge and tracked its position in the cosmos, its role in the universe still cannot be explained.

Some astrophysicists have speculated that the Western classical canon may in fact be the so-called “dark matter” that is thought to account for 95% of the matter in the universe. Others are less sure.

“Classical music exists in a dimension impenetrable to human beings, so we may never fully comprehend it,” said Stanford theoretical physicist Leonard Susskind.

“It’s exciting that science has finally proven that classical music inhabits an independent, autonomous realm, detached from our mundane experience,” he continued. “But the question remains, what is classical music even doing in our universe in the first place?”