Nothing can change your state faster than uplifting music!

Who would deny that we live in exceptionally challenging times?

What business is not facing extraordinary pressures?

Is there a family anywhere not operating under financial duress?

2014 has clearly ramped up the stress of living on Planet Earth, hasn’t it?

There are many ways of processing the many stresses that life exerts upon us. Thankfully there are numerous ways of relieving the pressures which seem to pile one on top of the other.

Truly, a daily dose of happy, uplifting music can change one’s state faster than anything.

Whether it’s classical music or classic rock, progressive rock or southern rock that floats your boat, puttin’ on the headphones and kickin’ back can really alter your entire state of being … in a heartbeat. Regardless of whether you enjoy opera or soul, R&B or hip-hop, reggae or rap, happy tunes can profoundly change you on every level of your being — emotional and mental, physical and spiritual.

Because sound has the capacity of penetrating deep within very quickly, the right music can significantly influence the body and mind, heart and soul. If the music is both beautiful and well-timed, one can go from sad to happy in a New York minute.  When listening to our favorite music in an optimal environment, a quite dramatic and sustained turnaround of one’s attitude can occur within the span of a single song.

This is where Music Therapy comes into play. Utilized as a healing modality, music can be effective in shifting an individual out of depression and into a joyful state. Another might forget about their pain — physical or emotional — as well as other types of suffering. So powerful is music as a healing balm for many ills that it has been prescribed for millennia by the medicine man and shaman, medical doctor and alternative healthcare practitioner alike.

Likewise, many within the predominant religious traditions and spiritual communities, who have observed the profoundly curative powers of music, have made a very prominent place for music in their worship and ritual.  The prophets and priests of yore intuitively knew of the inherent energies of each and every syllable of the sacred languages like Sanskrit and Latin, Hebrew and Classical Arabic.  They were also aware of the hidden forces contained in different melodies such as those known as ragas in Sanskrit.

What distinguishes Music Therapy from so many other alternative healing modalities is that it is much more enjoyable than most healing modalities.  It is also more passive in some respects and, therefore, can be done even when tired or experiencing low energy. However, when specifically employed as a wellness technique, it does require one thing more than any other. The more present, centered and grounded one is during the Music Therapy session, the more benefit received. THE BEST HAPPY MUSIC AROUND

The preceding link provides an example of a website that could be used for anyone who has interest in exploring the efficacy of Music Therapy.  It offers not only a great diversity of happy songs, but also music coming from many different genres.  Each song presents a pathway to similar kinds of uplifting music once you make the leap to the YouTube sources.

Depending of course on what type of music you enjoy, many of the songs at this website may bring joy and instill happiness.  If nothing else, many of the selections provide a nostalgic walk down memory lane, which can trigger reflections on a time when life was slower, more simple and peaceful.  What distinguishes this type of music site is that virtually every song is either exhilarating or inspiring, joyful or galvanizing.

There are many other music websites on the internet which are equally effective at providing Music Therapy.  Some of them feature Gospel music with countless songs that will stir the soul and heal the body.  Other websites offer some mesmerizing Gregorian chants coming from the monastic traditions which both relax the mind as they calm the heart.

“Chanting is the best therapy.”[1]

This quote was uttered by a great Kundalini Yogi from India who traveled around the world spreading his sublime message of unconditional love, peace of mind and the universal brotherhood.  He spoke of the extraordinary impact of sacred sounds, especially scriptural chants and sacred mantras, on the human aura.  His devotees from the East and disciples from the West were known to attain blissful states of rapture during the large group chants.

The Eastern spiritual traditions are especially known for their namasankirtanas (also known as group chants), mantras (repetition of sacred name of God) and swadyayas (chanting of scriptural texts).  Each of these spiritual practices serves to both edify and enlighten so that the practitioner lives in a sustained state of joyful and expanded awareness.

The Sufis in particular have taken this practice to a rarefied art form whereby the Whirling Dervishes are able to attain divine ecstasy through the practice of rituals of worship known for their music and dancing.  They have also perfected the science of melding music with dance so as to transport the practitioner into the highest states of consciousness.  Here’s a great video of Whirling Dervishes that dramatizes the power of music to transport the spirit to the highest realms: KHWAJA MERE KHWAJA. 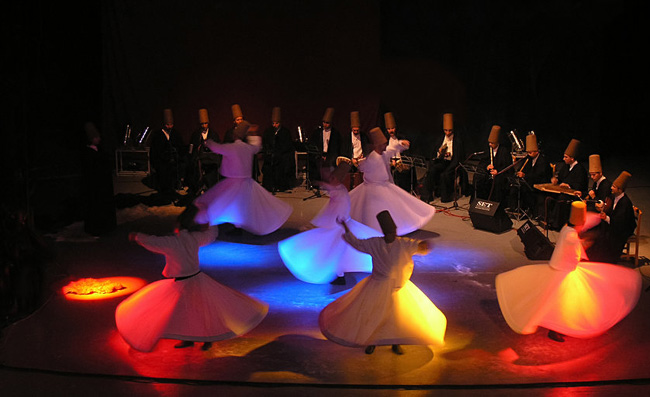 How does Music Therapy work?

It is a fact of the 4th Density space-time continuum known as the “manifest universe” that everything is composed of vibrational energy. Matter is simply energy that has concretized because of the way that it vibrates. Everything in creation emerged form an initial vibration, which was known as the “primordial sound of creation” throughout both Eastern spirituality and Hindu cosmology.

Because the most profound and fundamental nature of our body is actually a rarefied vibration of sound, healing the deepest parts of our physical being can be accomplished through sound where no other techniques or intervention will work. Such is the power and access that sound has in the healing process.

In light of the understanding that positive, mellifluous music is essentially made up of harmonious and soothing sounds, it is able to affect the human being in magical and mysterious ways. Because beautiful melodies can be paired with inspiring lyrics, the beneficial effects are greatly magnified.

The more the music resonates with the soulprint of an individual, the more heightened the ultimate impact on both the emotional and mental bodies. These two levels function as the intermediaries between the physical and the spiritual bodies of the human being.  The more positive the influence of the music on these levels the more they will have beneficial affects throughout one’s entire being

Sickness and disease, imbalance and weakness usually result from deficiencies brought about in the emotional and/or mental realm of a person. This process of breakdown, however, first begins with the human spirit in that there is always some sort of a spiritual disconnection from God. Once this occurs, there begins a progression of development of the disease process, which then moves through the emotional and mental auras.

If a discordant cacophonous pattern takes hold long and deep enough, it will eventually manifest in the physical body. First, there are subtle imprints which are made in the tissues and fluids, organs and vessels. Depending on those areas of the body which are predisposed to certain influences, these will be the first to exhibit symptoms or vulnerability.

Now that we’ve completed Subtle Body Science 101, you can probably imagine how certain sounds can effectively short-circuit any given disease process. When utilized on a regular basis, sounds that have been created for this very purpose can be quite efficacious for laying down a new psychic groove. In so doing new emotional and mental patterns are established that are at once life-affirming and joyful, positive and pure.

The end result of Music Therapy, when engaged on a regular basis, is that it will dramatically alter the human body on every level and sometimes with permanent results. Music Therapy, then, can form the very foundation of one’s health and wellness regimen. That’s because music is so basic to the vitality of both body and soul. 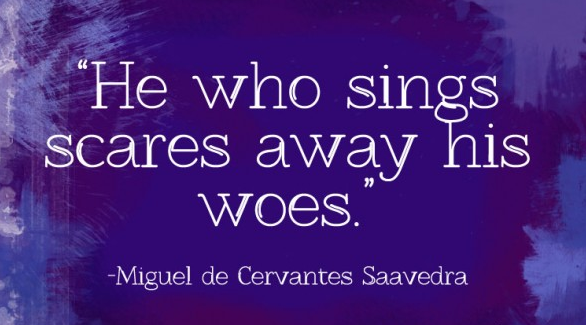 Of course, there are many who choose to play their preferred classical composers because of how truly special much of that music is.  Whether you select the best of Mozart and Beethoven, or Brahms and Bach, you really can’t go wrong with Classical Music.  Likewise, many of the composers during the Romantic Era from 1815 to 1910 also produced some of the best music therapy around.

From 1965 to 1985 the world saw a musical revolution which was lead by the British and American bands that dominated the rock ‘n’ roll scene.  Many other genres also saw their horizons expand dramatically during this same period.  In fact so much awesome music was created during this span of time that it is now known as the Golden Age of Modern Music.  Therefore, you might refer to many of your favorite songs from this time period to put some wind in your sails.

Music Therapy can be used by anyone to change their physical condition, emotional state or mental patterns.  When used wisely and with purpose, music may prove to be the elixir needed to heal old psychological wounds and cure longstanding spiritual maladies.  Recognizing that everyone has their favorite melodies and lyrics, these songs can provide the key to enduring happiness, robust health and spiritual wholeness.

Truly, the universal language is music.  Perhaps the world will recognize the power of music to heal the divisions that exist within the community of nations, as well as close the rifts that separate all the great religious traditions.  If ever there was a time for Amazing Grace to descend across the earth realm, that time would be now.

May everyone let their hearts sing!

Your Friends at Radiant Living

It has been scientifically proven that listening to relaxing, mellifluous music can reduce the heart rate, lower blood pressure and relieve hypertension.  It has also been shown to be an effective way of reducing stress levels when utilized on a regular basis.

When alpha wave music or mantra chanting are used in conjunction with daily meditation, the results have demonstrated a significant increase in the aforementioned benefits.  From what we have observed in our personal practice over many years both mantra repetition and chanting are the best therapies for body and mind, heart and soul.  And they are both free to boot!

[1] “Chanting is the best therapy.” ~ Spoken by Swami Muktananda Paramahansa

The Top 1,043 Classic Rock Songs of All Time

The 50 greatest recordings of all time | Classical-Music