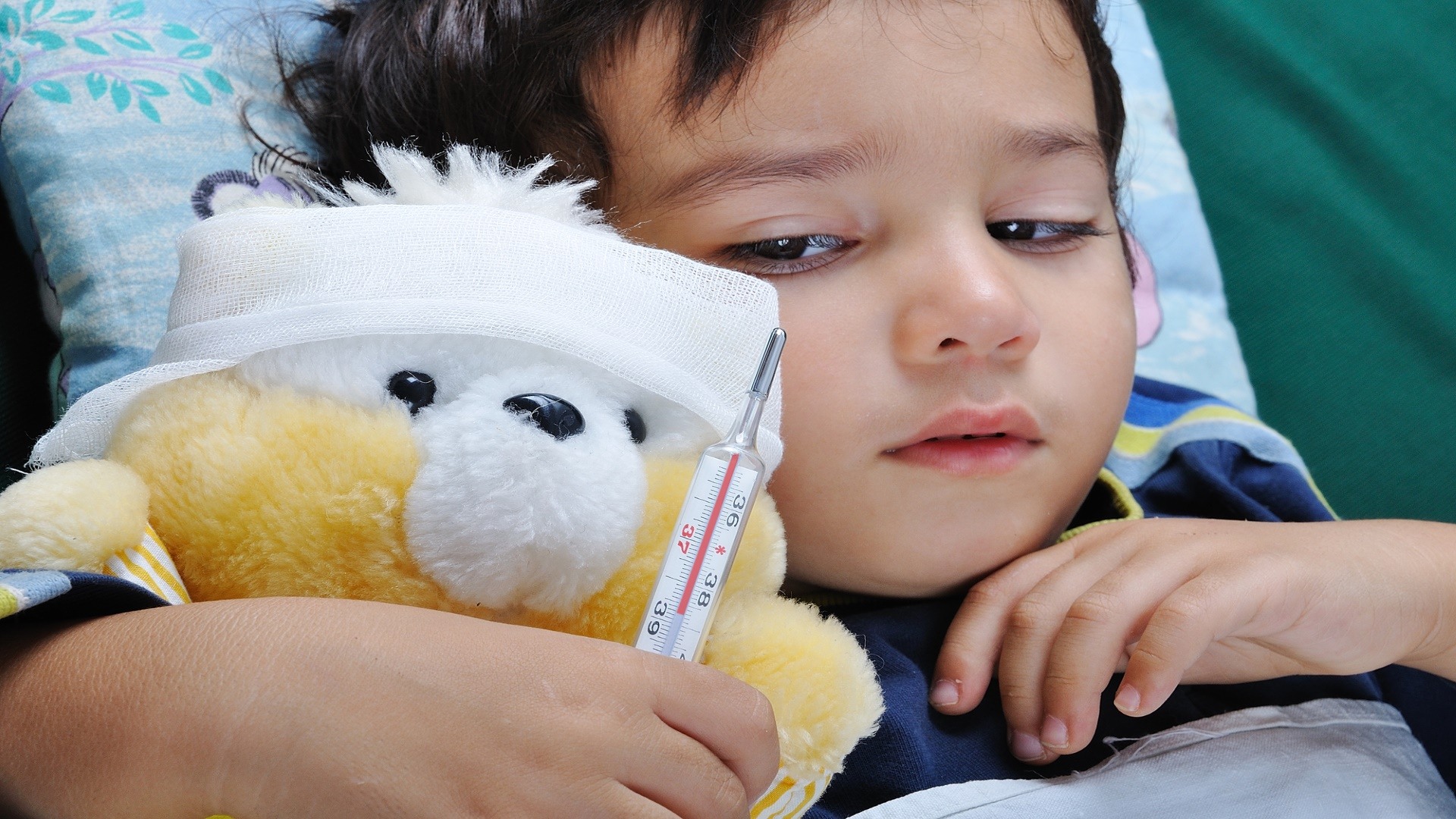 It started with a light cough. He burped constantly, and complained of shortness of breath. Family members thought it was no big deal. The doctor said he seemed to have heart problems and suggested him to stay in the hospital. He appeared healthy except for a minor infection in one lung area.

Two weeks later, he was dead, with both lungs infected and organ failure. His doctors at the Wuhan Jinyintan Hospital determined the cause of death as “unknown pneumonia.” It was days before Chinese health authorities identified the cause of the new viral pneumonia as 2019-nCoV, a coronavirus that first emerged in December in the commercial city of Wuhan, his home city.

This is a deadly virus, more deadly so far than the worst viral threats to date and they are locking people up in their own homes in China. For all the latest information see this video. Things are moving fast and events are looking to overtake the world’s health officials, who this time are being aggressive in trying to control it, at least in China.

Brandon Smith writes, “I would not be surprised if we discover in the next two weeks that the death tally is in the thousands, and the sickness rate is actually in the hundreds of thousands. The fact that China has now quarantined over 50 million people in 16 cities suggests the danger is much higher than they have admitted. If this is the case, then at the very least, the Chinese economy is about to take a massive hit. If the virus doesn’t spread, the economic damage will.”

The official number of those infected by the Wuhan Coronaviris (2019-nCoV) now stands at almost 8,000, according to the latest Johns Hopkins CSSE data (already a figure rivaling the 2003 SARS outbreak), with the total number of deaths now standing at 170 (both figures up 29% on the day before). Untold thousands are struggling with the virus in hospitals in China, whose government is promising to build a 1,000 bed hospital in one week in Wuhan.

It is highly doubtful, the way things are looking, that even if they lock down all the major cities of the world they are not going to control it, but they will do their best to control us. It is already a matter of too little too late and they still are not advising doctors or the public what simple but powerful things people can do to minimize chances of it going critical demanding ICU care. People are dying from the regular flu but if you get the coronavirus you chances of dying are going to be much greater. Believe me you do not want your loved ones to die of the flu this year

This virus is severe, and with flu season in the northern hemisphere in full swing, it is going to be difficult, if you just are coming down with the feelings of the flu, to determine if you have the new coronavirus, or just regular flu, which can also kill you if you are not careful. Coronaviruses are a class of common viruses, causing everything from the common cold to epidemics like severe acute respiratory syndrome (Sars).

Dr. Grayson also said, “Having YEARS of experience developing an Ebola treatment, I was concerned about this Coronavirus Outbreak from the outset, because this coronavirus strain is very contagious, causes severe illness, and NO treatments or vaccines are available.” Well that’s an admission that he knows of no treatments, or the government has no certified treatment, but that does not mean there are no treatments.

Approximately 50% lived through Ebola even though patient were not receiving treatment since doctors did not believe there was a treatment. They are saying the same about the coronavirus and that is completely absurd. There are many strong things one can do to increase the chances of surviving viral infections. If you believe there is little or nothing to do, which is what doctors and health organizations believe, that is exactly what you and they will continue to do, even if it means literally adding to the death rate because of limiting beliefs.

Doctors get hysterical about viruses because they refused to learn about, and use, the best and safest treatments for their patients. For example, as early as June 1, 1905 an article was printed in the New York Times[1] about the successful use of iodine for consumption/tuberculosis. Though iodine kills most pathogens on the skin within 90 seconds, its use as an antibiotic/antiviral/antifungal has been completely ignored by modern medicine so we do not hear one word about it as the coronavirus spreads.

Iodine exhibits activity against bacteria, molds, yeasts, protozoa, and many viruses; indeed, of all antiseptic preparations suitable for direct use on humans and animals and upon tissues, only iodine is capable of killing all classes of pathogens: gram-positive and gram-negative bacteria, mycobacteria, fungi, yeasts, viruses and protozoa. Most bacteria are killed within 15 to 30 seconds of contact.

With iodine in your pocket you don’t have to worry so much about viral infections if you know how to use it effectively. “Extremely high doses of iodine can have serious side effects, but only a small fraction of such extreme doses are necessary to kill influenza viruses,” writes Dr. David Derry of Canada. In 1945, a breakthrough occurred when Dr. J.D. Stone and Sir McFarland Burnet (who later went on to win a Nobel Prize for his Clonal Selection Theory) exposed mice to lethal effects of influenza viral mists. The lethal disease was prevented by putting iodine solution on mice snouts just prior to placing them in chambers containing influenza viruses. Dr. Derry reminds us that a long time ago students in classrooms were protected from influenza by iodine aerosol therapy. Aerosol iodine also is effective against freshly sprayed influenza virus.

Dr. David Brownstein says, “Iodine is essential to not only fighting off an infection it is necessary for proper immune system functioning. There is no bacteria, virus, parasite or fungus that is known to be resistant to iodine.”

Medicines To Have And Use At Home

There is a short list of medicines used in ICU departments that can be used safely at home to minimize the threat of dying from the coronavirus. Sodium bicarbonate should be stocked in the house and taken, enough so one gets everyone’s urinary pH up to being more alkaline. The body should be literally flooded with magnesium, high dosages of selenium and iodine, potassium (potassium bicarbonate) and even sulfur. Vitamin C and D can also be taken at very high dosages as they sometimes are given in the best ICU treatment centers.

Brownstein says vitamin A should be added to this list. He also says, “To prevent becoming ill and to avoid having a poorly responding immune system, it is vitally important to eat a healthy diet free of all sources of refined sugar. Refined sugar has been shown to negatively alter the functioning of the white blood cells for hours after ingestion. Finally, it is important to maintain optimal hydration—drink water!”

In the emergency room medicines have to be safe while delivering an instant lifesaving burst of healing power. The idea when used at home is to constantly be administering these medicinals during waking hours when suffering from the flu or the cornonavirus.

The power and speed of these medicines and the flexibility of their administration methods make them ideal especially because of their extremely low-toxicity profiles. As usual the key to their use is in the dose given. (Dosages and Treatments for Cornonavirus Infections Coming Tomorrow.) Fewer people will die from the coronavirus, as from any virus, if they are treated correctly.

If, God forbid, one comes down with the virus it is good to have a nebulizer on hand so you can get magnesium, iodine and bicarbonate directly into the lungs.

Brandon Smith has a lot to say about why we should all be concerned:

“Global pandemic, whether a natural event or deliberately engineered, actually serves the purposes of the globalist establishment in a number of ways. First and foremost, it is a superb distraction. The general public, overcome with fears of an invisible force of nature that can possibly kill them at any moment, will probably forget all about the much bigger threat to their life, liberty and future – the subsequent collapse of the massive ‘Everything Bubble’ and the globalist “solution” that a pandemic can trigger.”

“The globalist establishment has created the largest financial bubble in modern history through central bank stimulus, inflating a highly unstable artificial rally in markets while also creating new highs in national debt, corporate debt and consumer debt. The economic fundamentals have been sending alarms for the past two years, and the ‘Everything Bubble’ is showing signs of implosion. It is only a matter of time before the farce collapses by itself. The globalists need scapegoats, but they also need an event or wave of events so distracting that people will not be able to discern what really happened.”

“The reason why globalists want a collapse is simple – They need crisis in order to manipulate the masses into accepting total centralization, a global monetary system and global governance. They are also rabid believers in eugenics and population reduction. At the very least, a global pandemic is a useful happenstance for them; but the timing of the coronavirus event and their highly accurate “simulation” only three months ago also suggests their potential involvement, as it comes right as the implosion of the Everything Bubble was accelerating.”