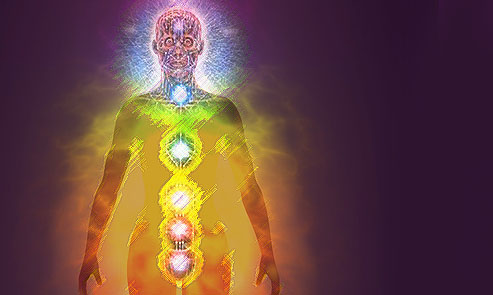 The luminous energy field (LEF) is an invisible matrix that informs the anatomy of the body. When I was in grade school, I felt awed by the beautiful oval patterns created in iron filings on a sheet of glass by the invisible fields of a magnet. I noticed how, when I moved the magnet under the glass, the iron filings dutifully followed like a caravan of metallic ants. Moving the iron filings with my finger, I saw that when I let go, they rushed back immediately to their original positions. It almost seemed as if the filings had a mind of their own. What caused the little bits of iron to return to their original pattern?

Many years later I understood that Western medicine, in an effort to change the physical body, was merely moving iron filings around a sheet of glass. Surgery and medication often brought about violent, traumatic change on the body. This approach struck me as crude and invasive, like scattering the iron filings with my hand, rather than moving them by shifting the magnet underneath the glass.

The magnet with the iron filings above it became a metaphor for me of how matter and consciousness are linked through an invisible energy field. I have seen how after a surgeon excised a tumor, the cancer returned weeks or months later. While the physical mass, the tumor, had been removed, the LEF still contained the blueprint of the illness. It was only a matter of time before the disease recurred, rushing to reestablish itself according to the preexisting pattern. When we heal through the Illumination Process, we change the iron filings of the body by changing the energy fields that organize them. We heal the Luminous Energy Field, and the physical body follows.

The LEF has four layers extending outward from the body. They are:

Each layer stores a different quality of energy. The outermost layer stocks the energy that fuels the physical body. The layer beneath stores the energies that sustain our mental and emotional stamina. Underneath this laver are the refined psychic energies, and closest to the skin is the finest energy of all, our spiritual fuel reserves. The mystical literature refers to these layers as “subtle bodies.” In reality, they are not separate from each other, in the same way that the colors of the rainbow are not disconnected but rather dissolve into one another.

The LEF contains an archive of all our personal and ancestral memories, of all early-life trauma, and even of painful wounds from former lifetimes. These records, or imprints, are stored in full color and intensity of emotion. Imprints are like dormant computer programs that when activated compel us toward behaviors, relationships, accidents, and illnesses that parody the initial wounding. Our personal history indeed repeats itself. Imprints of physical trauma are stored in the outermost layer of the LEF. Emotional imprints are stored in the second layer, soul imprints in the third, and spiritual imprints in the fourth and deepest layer. Imprints in the LEF predispose us to follow certain pathways in life. They orchestrate the incidents, experiences, and people we attract to ourselves. Imprints propel us to re-create painful dramas and heartbreaking encounters, yet ultimately guide us toward situations wherein we can heal our ancient soul wounds.

I am not too concerned with the layer in which an imprint is located, in the same way that I’m not very concerned where a letter is stored in my computer’s memory. I’m interested in editing and changing the content of the letter. In a similar manner, during the Illumination Process I’m interested in clearing the negative content of an imprint. All imprints contain information, which inform the chakras, which then organize our physical and emotional world. The information in an imprint organizes the luminous energy field, which later organizes matter.

The LEF contains a template of how we live, how we age, how we heal, and how we might die. When there is no imprint for disease in the LEF, recovery from an illness happens at tremendous speed. By the same token, imprints for diseases can depress the immune system, and it can take an extremely long time for us to regain our health during an illness. None of us wants to spend months convalescing when we could have recovered in a matter of days or weeks. When we erase the negative imprint that caused the onset of illness, the immune system can rapidly eradicate the disease.